Is My Gucci Bag Real?

FACTORY OUTLETDIRECT FROM FACTORY TO CONSUMER

Is My Gucci Bag Real?

All true handbag aficionados know the dedication of the hunt – and the thrill of finding the perfect designer handbag at the right price at the exact time you want it. So when you finally find that Black Gucci Marmont with the pearl embellishment or the Gucci Dionysus with that color combination of your dreams, the last thing you want is to have to worry about its authenticity.

The number one recommendation for guaranteeing your bag is authentic is to only shop with reputable resellers that provide an authenticity guarantee. There are; however, quite a few quick tells when it comes to authentic Gucci handbags that can help you to identify if what you’ve currently got at home is, in fact, a true Gucci model. 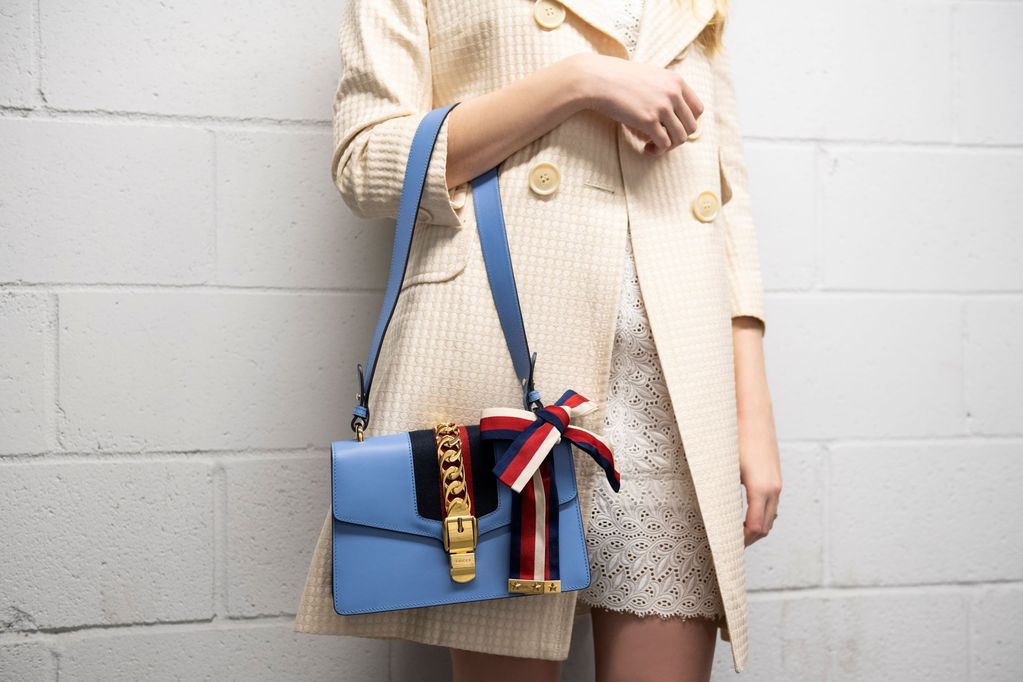 True of most luxury handbags, the hardware on an authentic preloved Gucci handbag can be a fast giveaway of its legitimacy. While there are many things to look out for, the first and most basic is the weight of the hardware. It should feel solid and substantial. Chances are if the hardware feels at all flimsy or light, it is a sure-fire sign of a fake Gucci bag.

The zippers are another key piece to look out for. When the Gucci bag features a metal zipper, it will be flat and neatly engraved with the branded GUCCI; all in capital letters and with each letter equally spaced apart. The underside of their zippers are often branded as well, simply with GUCCI written out clearly. 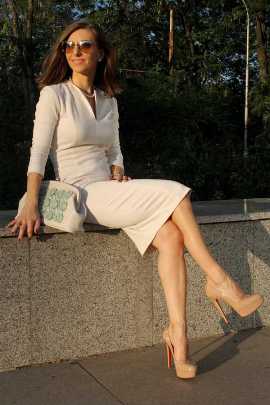 For bags including the Gucci signature leather tassel, such as those in the Gucci Soho collection, the connecting rings should all be complete circles without any gaps. On the hardware of the tassel, there is one stud around the top that will have a diagonal line through it. 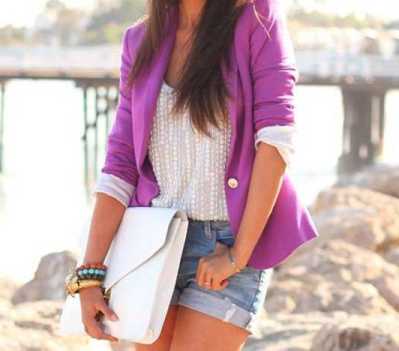 As a luxury brand that only delivers the finest products, it is very important that throughout the bag the stitching be uniform, clean, and even. Precision as a whole will play a big role. The classic GG monogrammed bags in particular have an expected consistency to them. The GG pattern should be evenly spaced throughout the bag, and the Gs should be oval shaped (as opposed to rounded) and feature visible serifs. The left G be forward-facing, whereas the right G is mirrored and then inverted. 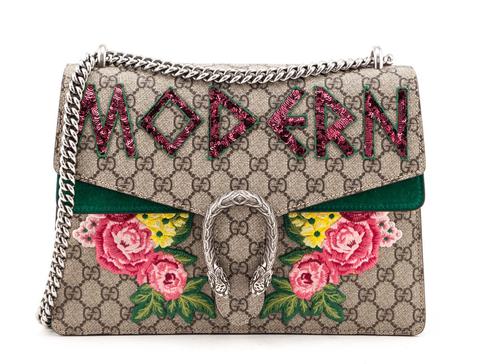 Another place where the GGs will come largely into play is in the beloved Soho bag series. Though not applicable to the much larger models, in many of the Soho Discos and Soho Shoulder Bags, the interlocking GG symbol will measure in at almost exactly at 12cm. 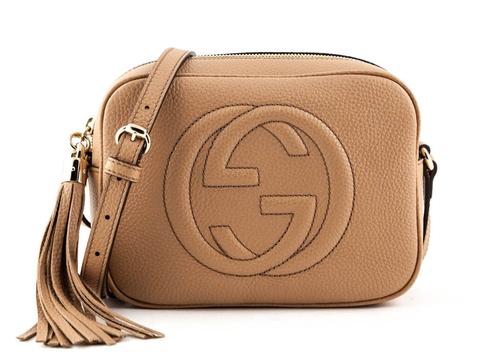 Unlike many of its luxury designer counterparts, Gucci does not include date codes that can decipher the year a bag was made. A visually similar offering by Gucci is the inclusion of a standard serial number. This non-unique number will appear on many bags from the same batch – or series. You can find this 10-13 digit number on the semi-rectangular leather tab located inside of Gucci bags, usually near the interior zipped pocket. There will never be letters included in this serial number. The font is not overly modern and the numbers do feature serif details. Often listed in two lines, one on top of the other, the series of numbers are not lined up in perfect formation.

The opposite side of the tag will feature the word GUCCI embossed in all uppercase letters with a trademark symbol and the words “made in Italy” below respectively. The G will be rounded the same as the CC, while the U is thicker on the left side and thins out on the right side. 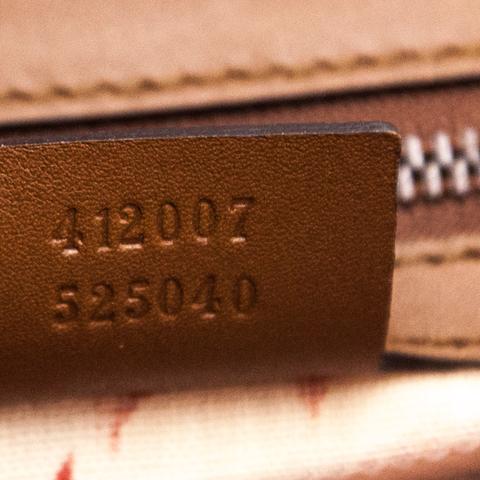 On vintage bags from the ‘90s, the leather tags were rounded at the sides, displayed no trademark sign, and had “MADE IN ITALY” written out in all uppercase letters. 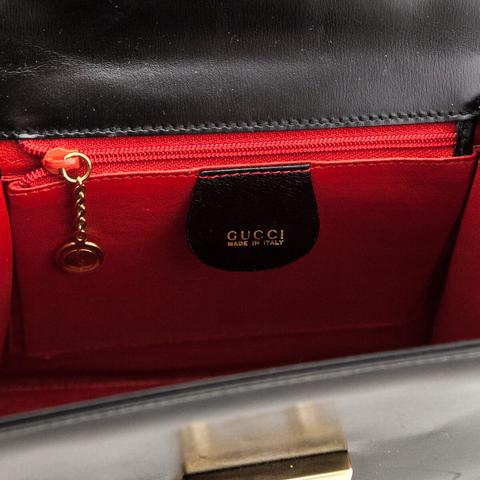 QR codes are a more recent addition to Gucci bags in the fight against counterfeiters, estimated to have began in 2016/2017. Offering a type of barcodes that holds relevant information, these codes can be scanned on your smartphone (methods vary across types of smartphones being used) to ensure the handbag’s authenticity. Similar to the Gucci serial numbers, these QR codes are not unique to each other. They can be found on a small black fabric loop inside your Gucci bag. The code will be printed clearly with white font and a 10-digit code. There is no stitching to the fabric whatsoever. 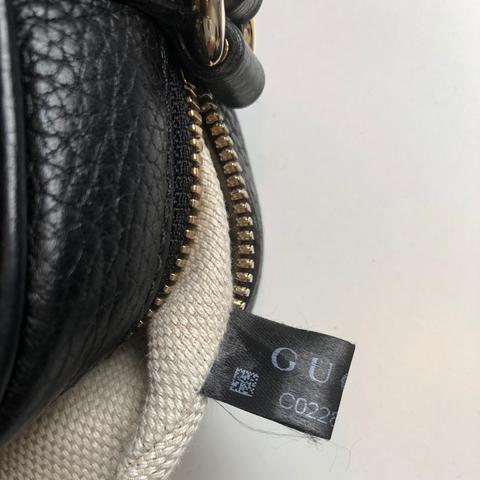 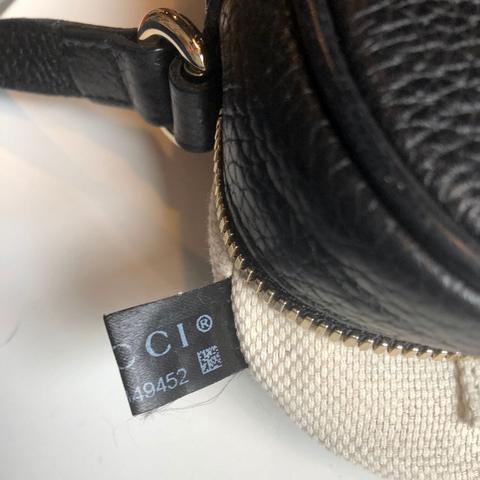